I went to a party at a friend's house a few weeks ago - you know, one of those Girls Nights. It was awesome. The hostess is a natural socialite, and had the whole evening set up to hang out, drink, gossip, and enjoy each other's company. I was especially excited because one of my friends from work was there. I hadn't seen her in a while, and I was eager to catch up.
Except she was there, but she also really wasn't there.
She was at the party, but she wasn't present.
She had her nose glued to her phone the. entire. time.

Curious as to what was so important, I asked, and she showed me: she was on Match.com, and had found a connection with a cute guy. They were chatting through the app, exchanging messages back and forth. She showed me a few photos he'd used for his profile page, and he was indeed worthy of her interest - but not like this.

Rather than spend an evening with her actual friends, at a party she was physically attending, she kind of ditched us all and gave her undivided attention to this guy she hardly knows. Based on a few photos and texts back and forth, she automatically gave this stranger the benefit of the doubt, assumed he's awesome, and blew us off to maintain his interest. 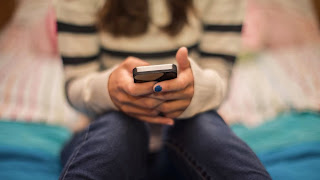 I hate this for her, and I'm ashamed to admit I've been guilty of this in the past, too: It's the John Avery Effect.
When we don't know someone very well, we assign to them the qualities we hope to see. "Ah, he has a picture in a rural area! He must like to hike! Therefore he's healthy and in great shape and loves nature and we'll give our kids earthy, naturalistic names like 'Cedar."
NO. IT JUST MEANS SOMEONE TOOK A PHOTO OF HIM OUTSIDE ONCE.

Human beings are meaning-making machines, and when we're kind, good people, we tend to project those qualities on others. The less we know about someone, the better we think they are. That's how I operated. For me, I'd meet someone and if they behaved marginally decently towards me, I automatically thought they must be a fantastic person. I would place their value higher than the people I actually knew, because those people had at some point shown humanity, shown weakness, or let me down. But THIS person - this shining beacon of hope - THIS person is amazing.
Often these estimations are unfair to their subject. When I placed the men I was interested in so high up on a pedestal, it was only natural that they'd let me down. I set them up to fail by assuming they were perfect.

I felt bad for my party friend - not only was she wasting her time with us, but I suspect she was wasting her time with him, too. What guy is going to be intrigued by a woman he already has at his beck and call, on a Saturday night? She's out, at a party, and giving him her 100% focus. There's not really much alluring or ooh-I-have-to-get-to-know-this-mysterious-creature about that. Men's brains are still pretty simple. They get off on Novelty, which is why if you sleep with someone too soon in the relationship, sadly, more often than not that relationship is doomed. It's been my experience that the guys who are sexually attracted to a woman, but are not instantly gratified in that department, often stick around and (gasp) actually get to know the woman they're pursuing sexually and discover that hey, emotionally, intellectually, spiritually, they may have a lot more in common than interlocking genitalia.

Plus, the fact is, my smitten friend (in addition to making herself look desperate) is making her assumptions based on a PROFILE SITE. A carefully manicured presentation of the best parts of someone. It's not like she met him at Whole Foods so she can make a logical guess that he likes organic carrots and is gainfully employed. She's looking at a dating site, so of course only the final edited director's cut is shown. Even if they go one step further, and link up via facebook, that's still not the whole story. Who among us is accurately defined by their facebook page?
Except for me, of course. I have a profile pic featuring me, on stilts, wearing a lemur. A goddamn lemur, people. I'm awesome.

My friend over-valued this stranger, devalued her friends, and worst of all, devalued herself when she spent her night like that. But I've done it too. (In my defense, I really wanted to get laid.)
But let's look at this behavior, because it's not uncommon and sadly it affects all ages of women, at any time. Where did this nasty habit begin?

In Part 1 of this series, I describe a very influential first-love with a guy I really didn't know all that well, but thought I did. It was a big part of my emotional development and came at a critical time in my teen years, so my "relationship" with this guy actually had a massive effect on the way I handled relationships in the future. I suspect that the timing (hormones and whatnot) and outcome (teen heartbreak) are not unique to me, so it's my conclusion that the John Avery Effect affects lots of women other than just myself. This common experience sets a pattern in a still-developing brain. Sorry, ladies, but yeah - our brains didn't get full-grown til we were out of our teens. For boys, it happens even later.
We all have a first love. We all have a John Avery. That guy gets around.

John would send me letters, and, hungry for connection, I'd instantly gloss over what he wrote and read what I wanted to read. I was oblivious to my own self-editing, or I lied and told myself it didn't matter. (Trust me ladies, it matters. But that's a subject for another time.)
When John would simplistically describe his new home and town (per my eager request) I'd photoshop my own mental picture until a blah Nothingtown became a lush winter farmland paradise. Snert and concrete rebar became fluffy sparkling snowdrifts and cherry-red brick walls. I enhanced it, mental pixel by mental pixel, subconciously because that is where I wanted it to be when I met up with John again.
We were getting married. I know because he gave me a necklace.

I caught myself doing the same thing, too, when a guy I'd meet tells me he's a director. I automatically assume his films are the stuff of genius. If he tells me he paints, I assume his work is fantastic. And the worst part? If these works didn't live up to my expectations, my brain was so tired of being disappointed, sometimes I'd lie to myself and say "oh, wow, yeah... it TOTALLY is a great painting of a landscape... er, self-portrait. Is that a face? I see it now, wow that's good." My projections went rampant to the point where if someone laughed at my joke, I'd assume THEY were hilarious.
I think a lot of it comes from good intentions, but I'm ashamed to say a whopping portion of it came from low self-esteem. I didn't really like me much, so if they showed interest, they should probably be knighted on the spot.

Once I got a little (coughcough) (OK, a LOT) older, and had the luxury of my old thought patterns destroyed, I began to see things a little more clearly. After the dust settled from my explosive divorce, I got to reinvent myself, and this time, I choose a woman I love. She's smart, she's kind, she's confident. And she has a great sense of humor. But she's still a total softie, and still very, very in love with love.

Cue Round 2 with John Avery.

After almost 2 decades of wondering, I finally tracked down John. Even though I'm in a very happy relationship, I've always been curious as to whatever happened to my first love. And so, through the modern miracle of Facebook, I found out...

As soon as I saw the profile photo, I knew it was him. Same green eyes, same sandy blonde hair, just framing the face of an older version of the boy I knew. His facebook page is not set up to allow friendship requests, but I could scroll down and see a sampling of what his life is like based on the 4 profile photos he selected.

3) There's a measuring tape with a "Local Union #4" logo on it.
(He's a ...metal sheetworker? My sensitive musician is a sheetworker??)

Aaaaand my personal favorite:
4) a two-shot of a cheery looking woman in glasses, and a cherub-cheeked toddler who looks like both of them.

Wow.
Could this have ever been me? 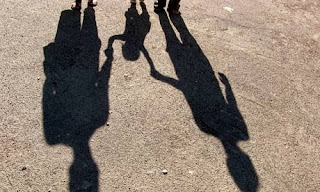 And of course I have to wonder... is this his wife? Is that their child? Is he living out the dreams he'd shared with me, all those years ago? None of this is what 16-year-old John said he'd wanted.
I picture myself, if things had worked out, living his life in South Carolina. I have glasses and a toddler and a sheetworker husband...
It's not me.
It's not what I want. It's not what I ever wanted. And I'm so happy for the glasses-woman, and the toddler, and him, but happiest for me, I think. I'm doing exactly what 16-year-old Jaime said she wanted to to: I'm writing in LA.
It's hard to say whether or not he's happy. I hope he is, because he springboarded a very powerful lesson for me, but honestly, I don't know him. Sadly, I never really did, because we see what we want to see. Noone could've ever been as cool as the John Avery I'd made up in my mind. The shy musician with the green eyes, casually strumming a guitar in his van while we toured America and I wrote from my laptop.
And I don't have John Avery, but I have something much, much better - a genuine, real, authentic man whom I fucking ADORE because he is not exactly what I'd imagined, but everything I'd hoped for. He's smart, and kind, and confident. And he has a great sense of humor, and he loves me better than I've ever been loved for who I am, in spite of who I am, because of who I am.

The John Averys and the subsequent men I've projected on are their own men. They are wonderful and flawed and awful and perfect in their own ways, and I'm slowly wiping the glitter (I somehow secrete) from my eyes and learning to see people for who they really are, and not who I want them to be. There are so many special, awesome, good guys out there - but they're the ones who will straightforwardly tell you how they feel over pad thai, and not monopolize your Girls Night because they want to get laid. 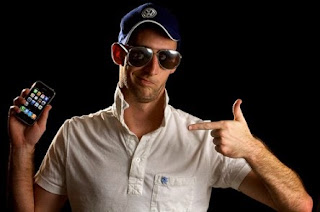 The very best way to get to know someone is to know yourself. And when you get to the point where you can love yourself enough, you won't have to throw that love on everyone else instead. You don't have to make a stranger like you. If they DESERVE you, they'll like you just because.
And hey - maybe I don't know you that well, but I think you're pretty terrific. So put the phone down, girl. Come party with us. 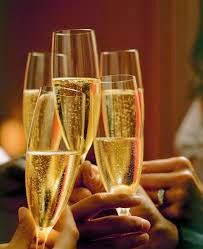